Berlin University of the Arts will collaborate with the Neighborhood Academy (Nachbarschaftsakademie)/Common Grounds in developing, establishing and testing a MAZI framework that facilitates and supports the creation of local and global neighborhoods through collective learning.

The work of the Neighborhood Academy in Prinzessinnengarten is embedded in a community of practice, locally as well as internationally. A strong focus of the Academy lies in the bottom-up development of community-oriented spaces that link together social, cultural and ecological aspects of our urban life. With many years of experience in working with this issue, it has become clear that other initiatives facing similar questions often have difficulties in reflecting and sharing their experiences and hands-on knowledge through lack of time and opportunity. Struggles and engagement often focuses on specific spaces or topics, often not linking these specific struggles to others or overarching discourses such as democracy, climate change, social justice, food justice, equality or environmental justice.

The Neighborhood Academy engages in local and global exchange between urban and rural communities, commons, right to the city, socio-ecological transformation from the bottom-up and self-organized learning.

The Neighborhood Academy is located in Prinzessinnengarten.

Prinzessinnengarten (Princess gardens) was launched as a pilot project in the summer of 2009 at Moritzplatz in Berlin Kreuzberg, a site which had been a wasteland for over half a century. Along with friends, activists and neighbours, the group cleared away rubbish, built transportable organic vegetable plots and reaped the first fruits of their labour.

Some facts about Neighborhood Academy

• The Academy is housed in the “Laube” (the arbour) – a three-story, catalyst-architecture emerging in Prinzessinnengarten as a physical platform for the Neighborhood Academy and other cultural and educational activities. The experimental architecture is being built in a collective DIY-process together with volunteers, students and apprentices during the summer of 2016. The Laube will create spaces for workshops, film-screenings and public discussions.

• Common Grounds is a co-founder of the Neighborhood Academy where we develop, offer and open up fields of action for a participatory, applied knowledge exchange within urban spaces. It is a non-profit association supporting people and organizations to take action within their daily environment in a way that leads towards a resilient future for our livelihoods. Through consulting and organizational development, it supports the proliferation and development of urban community gardens as places of community building and learning.

A public conversation with Marco Clausen and Andreas Unteidig on Prinzessinnengarten, Nachbarschaftsakademie and the MAZI project. Recorded at Supermarkt, Berlin, 15 February 2017. Part of Switch On Mehringplatz – EULER , EU Erasmus plus project

How to build a more organic internet: DIY networking article in the Huffington Post 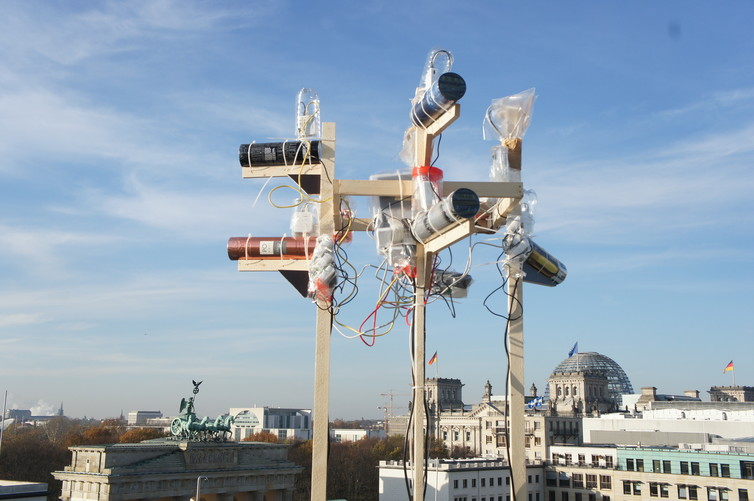 An article on DIY networking written by Panayotis Antoniadis of the MAZI project, is getting global attention through the Huffington Post website, and the Conversation Global, where it was originally published. The article, titled ...

(From the Design Research Lab, Berlin) Social and political processes are becoming increasingly digitized and restructured by and through digital aspects. Beyond the various narratives about the “hybrid” or “smart” city, between ... 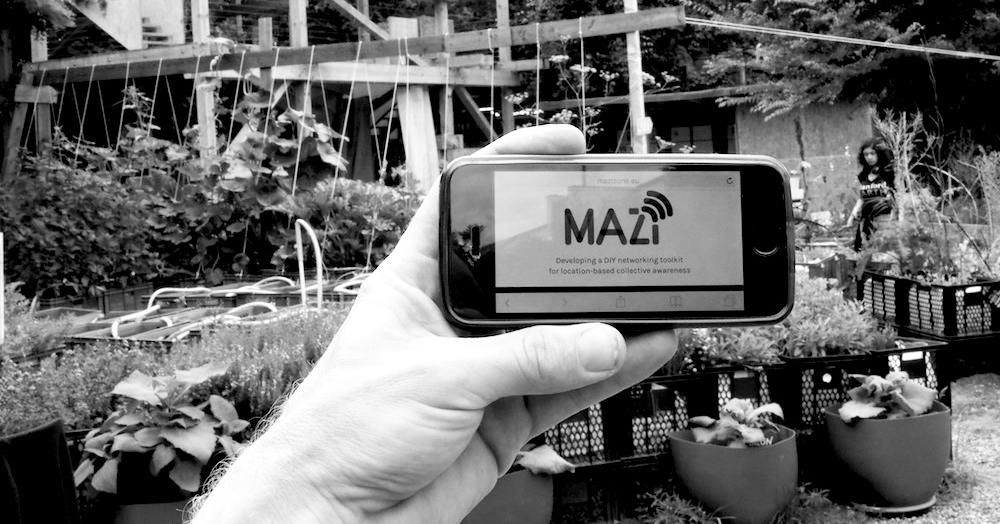 Semipublic workshop and public launch of the V1 prototype of the Berlin pilot Event webpage (link) On July 15th, Neighborhood Academy,  the Design Research Lab and the MAZI project invited the public to get to know our first prototype ...

Polylogue #1: testing a Mazi Zone at Transmediale in Berlin

Polylogue is an interactive installation and a hyper-local message feed. Through an open WIFI network, users in reach of the wireless signal can send text messages with their smartphones, tablets or computers. These messages get ...